Last month I joined an Australian based website called Find a Crew. It is a very practical and efficient website aiming at connecting captains and skippers looking for crew and crew members looking for a boat and captain. Here's my profile:

Dear Shipmates,
Cruising is a way of life I love. I haven't been able to afford my own sailboat so that I have always sailed as a member of the crew on other people's boats.

A little about myself, my interests and my plans:
I'm a bilingual french/english citizen of Europe. I have a BA in ethnology from a French University and I studied as a post-graduate student in the United States. I lived in Australia some 12 years in all, 10 years in New Caledonia and 2 years in New Zealand, among other places.

My motivation and reasons to crew on a boat:
My last sailing trip was in 1999 in the South Pacific. I live away from the sea and miss it. It's time for me to weigh anchor and set sails again! I do have:

- a sense of adventure
- interest in the off the beaten track places, and people
- conversation and a sense of humour
- enjoyment of a wide range of food and ability to prepare it
- absolute commitment to the boat and the other members of the team. 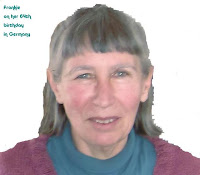 What position would you like to fill?
Cook, Watch-keeper, Platonic Friend Relationship, Nanny, Child care.

Type of positions you are interested to crew?
Recreational, Unpaid position.