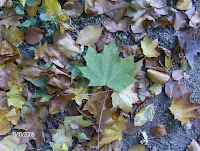 I'm interrupting the tale of my life as a sailing tramp in the South Pacific in 1997. Something has happened in my present time.

The sailboat I was due to join as crew in August/September for an Atlantic crossing, but that I turned down last minute, has sunk.

The story starts when I registered with a website to find a yacht as a crew member. See post 183.Crew available.

There were many opportunities. I received 2 positive answers, one from a sailboat in the eastern Med and one from Sweden. The Med one I turned down straight away because I was asked questions before they introduced themselves. Being a member of the crew is like being a member of a family. I hate being treated like an employee, especially when you have to pay for your own food on top of helping get the boat going.

The other offer sounded interesting and squarely organised. A Swedish captain owner of an elegant sloop was trying to build up a women-only crew. The planned circumnavigation sailing was from August 2010 till May 2012 with a list of ports of call. I was sent by email several sheets explaining how to behave on board, the financial aspects of the venture, the safety and security measures, the captain's bio and why a female crew. I returned by email the page that said: I wish to crew... I have no navigation or diver's certificate, I speak English and French fluently, I do have cooking skills but no aerobics/yoga skills, my passport is valid and I have no proof of yellow fever vaccination.

So far so good although being asked if I had aerobics skills sounded somewhat peculiar. When I read the sheets in greater details I came across something I intensely disliked. Having sailed across the Pacific I had acquired some experience with meeting various people of different origins. So when I read: "Wear sunglasses so that no one can make eye contact with you", I jumped off my chair and soon sent an email back to say: "I've just finished reading your documents. Very thorough, thank you. Unfortunately I am not able to afford joining your crew. I wish you all the best", sending a futher email to explain my position.

The captain convinced me to join non the less as it was a simple misunderstanding. Fine. When they weighed anchor from Sweden I followed the official blog and a crew member's blog to share their crossing of the North sea to Scotland and then down the Irish coast. The plan was to pick me up in France, most likely in La Rochelle on the Atlantic coast as this was the nearest harbour to my place (a 2 and a half hour drive). I drove to La Rochelle and went to the harbour master to ask where an incoming yacht would berth. The lady at the desk replied that the harbour was closed to incoming yachts until 2 Ocotber due to an International Boat Show being organised and run until then. Again I emailed to the captain that I couldn't join them as the harbour was closed until October. He convinced me otherwise again, saying that they were pretty slow anyway and they probably wouldn't make it to La Rochelle before then.

I spent days walking in circles in my loft and in my garden agitated as to my final decision. Something had been nagging me all along, some 'little voice' saying 'don't join this boat' 'don't go on that yacht'. I fought this silly feeling that was not quite rational. I even went to see the commune mayor's wife to tell her about my next adventure and to ask her to keep my pot plants while I'd be away.

When I received an email that they would be in Britanny in a few days, that's when I replied on 18 September: "I will not join your crew... I haven't got the money. I wouldn't fit in your crew. Please don't try to convince me otherwise." It was final. I felt relaxed and relieved.

Two days ago wondering about where they were by now I tuned into one of the blogs, Cruising with Ros the Bosun. She was describing how they sunk at the entrance of the Arcachon basin and that she was now back home in Darwin, Australia... Wow. Phew.

I then googled "naufrage yacht suédois à Arcachon" and found the report of the accident in the local french newspaper called Sud-Ouest. Here's my translation of the article dated 25 September 2010.

"Last night at midnight the Swedish sailboat Olydia II launched a mayday call after having run aground on the sandbank at Arguin, at the entrance to the Arcachon basin. Shortly afterwards the sailboat mentioned a leak on board.
The Regional Operation Centre for watch and rescue at Etel coordinated several means to help the 15m sailboat: a Dauphin helicopter of the French Navy based at La Rochelle and a launch SNSM from Lège Cap-Ferret. The rescue means arrive on site aroung 1am. The conditions (2.5 to 3m swell) prevent the launch to come near the boat. The 5 people on board are finally airlifted by helicopter by 2am. Then all goes fast: at 2.15am the helicopter lands at the yacht harbour in Arcachon. The 5 rescued people (2 Swedish, 2 Australians, 1 American) are left safe and well in the care of the SDIS team who then took charge of them. They were taken to the Arcachon hospital for the rest of the night.
The last description of the sailboat was done by the SNSM launch on site. This morning the sailboat has not been sighted. Research has been started to find the yacht by a vedette of the coast guards of Arcachon in the area of the shipwreck.
Once before on 28 August a 14m sailboat had been wrecked under the same conditions, exactly at the same spot. We draw the attention of yacht sailors to the difficulties of sailing at the entrance of the Arcachon basin: sandbanks move rapidly, the night seamarks and the usually hard sea conditions make sailing in the area dangerous particularly at night."

"On Saturday 25 september 2010 the low tide at the entrance of the Arcachon pass was around midnight, high tide around 6am (1 hour before Arcachon itself), tide coefficient 86. The wreck of the 15m Swedish yacht "Olydia II" reminds us in every detail of that of "Sharky", a 14m yacht, on 25 August 2010. The same mistakes were made, i.e. arriving by night where there is no side light markers, against the tide and towards the lowest side of the tide, at a time when the sea level is the lowest, and with rough sea conditions on top of that. In this instance too this sailboat should have waited for daylight at high sea, eventually heaving-to, in order to come to the entrance pass early in the morning at high tide which is the most favourable moment. A GPS is a helpful instrument only if the route followed is that of the best passage. For that the maritime services of Arcachon can give precious information as to the best route to follow. The rescue people who intervened in those very hard conditions should receive admiration and grateful thanks from these unscrupulous 'sailors'."
at October 09, 2010

Frankie, I am so glad you didn't join the crew. Sometimes, this little voice inside our head is really telling us something and it does pay to listen to that voice sometimes rather than to shut it up. I guess this is what they call a woman's intuition, a gut feeling? I don't know.

I don't like to call it a woman's intuition though. Anybody can tune in to this kind of 'information'. We don't most of the time because we are too proud to admit that we are not 'masters' of our lives.