These two guys have shaped the entire western world as we know it to-day.

We live by the teachings of one or the other. Each of their visions of the world is a well structured self sufficient system of ideas, i.e. an ideology explaining the world and giving directions for individual behaviour.

I am talking to myself here trying to sort out my own thoughts.

These two guys have a lot in common. They are both "children of Israel" having had a very similar kind of education, even at some 2000 years difference. They are both rebels having analysed the current digressions of the society they lived in: the sclerosis of rituals for Jesus, the extravagant exploitation of people by the industry for Marx. They both launched their respective vision of the world through circles of friends who then explained and added and passed it on.

They were both entirely convinced of 'messianic' times, a D-day in History when the known world stops and is replaced by what they have invented: the coming of God in glory and the resurrection of all, for Jesus, the special day of victory over the current social order, for Marx.

Yes but... their ideologies are in total opposition.

The one prones love of your neighbour, love of your ennemy, love of the stranger.
The other prones hatred of your superior in the social hierarchy, everlasting struggle against the leading class of bourgeois, whether they are good or bad, and all out destruction of all the religions.

Many of their teachings sound alike. With Jesus and his followers all humans are children of God and therefore brothers. This 'brotherhood' was extended by the first Christians to actually creating tight knit communities where everything was communal and shared. With Marx the workers have to unite to such a degree of communal sharing as to totally eradicate private property.

It is easy to fall in the pit of 'going marxist' for people who value the idea of brotherhood among folks of all nationalities. The blurred limits between the two ideologies can lead anyone to take the wrong turn.

I do not feel qualified here to expand on this subject. But I know for sure that between Marx or Jesus you have to make a choice. 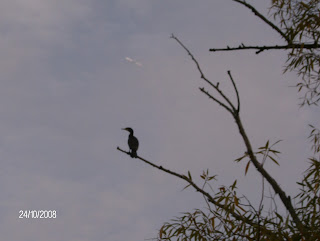 When I came back to France in 1974 after having split from my Australian husband I lived in the city of Lyon and in 1976 I enrolled at the university there to study social anthropology or ethnology as you may call it too. The whole atmosphere of the campus was marxist. There were 'meetings' of lecturers or students alike. There was one woman lecturer who was actually running for some political mandate. The jargon in the lecture halls and on campus alike was marxist with lots of words unknown to me. Even lecturers that were known to be non-marxist felt the need to show they were in the know. You could talk about sex or class struggle at will. You could not talk of God or about any subject dealing with spirituality. The government at the time was not socialist. It regarded and dealt with university students as if they were the scum of society. I am talking of my own experience at the Lyon 2 university in the late 1970s. It could have been different elsewhere but I doubt it.

Slowly but surely this way of thinking pervaded the whole of society. The government became socialist in 1981 and then not only university students but school kids became marxists! I fled in 1988 when my son was 11 and ready to go to high school. I did not want him to be subjected to that ideology whereby the poor bugger is seen as good and a perpetual victim to the nasty guy, his employer who is the entreprising fellow exploiting him. This over simplification of the economic world we live in was to me a complete lie.

I came back at the time of the first Golf war for a couple of years. I was a total stranger in my own country, did not adapt to it and again left to go and live in the Southern Hemisphere. When I returned yet again it was in May 2000 and this time back to my native village where I had fond memories of my grandparents and their way of life in a rural setting. I did not realise that by then even the villagers had become marxists. To-day in my area the Member of Parliament is a communist and several Mayors running towns and cities are socialists. The overwhelming ideology is marxist. The State is replacing God. The State protects and provides. The State takes care of its citizens from craddle to coffin. You have to 'declare' everything you want to do, pull down a garden shed, open up a roof window, and in certain areas you are being told what colour to paint your front door. Everything is either forbidden or obligatory... and talking about Jesus is absolutely out of the question.

The solutions that Marx gives to provide for our material needs do not allow for spirituality. Besides, we know it now, it does not bring any adequate solutions to the material needs of humans at all. The experiment in Marxist ruling in various countries of the world have all been grandiose failures.

I dream of a system of ideas which would not be a religion but which would bring some relief on both my material and spiritual needs. If only we could strip the vision that Jesus had on the world of its religious aspect, if only we could just study Jesus as a great thinker without his aura of miracles, resurrection, sacrifice and holy deeds, perhaps we would get a great vision to rule the nations of to-day.
at March 05, 2013

Email ThisBlogThis!Share to TwitterShare to FacebookShare to Pinterest
Labels: in IRELAND, the soul