On the way up to Belgium I didn't bother to stop anywhere. Road signs usually take you around on some ring road to your next destination unless you specifically follow those with "Centre Ville" on them.  On my way back from Belgium I did stop in two places. At one stage I drove across a peaceful river and parked right along its left bank where barges were nicely tied up. I was in Auxerre, a city in Burgundy. And as it turned out "downtown" in Auxerre is up on a steep hill. 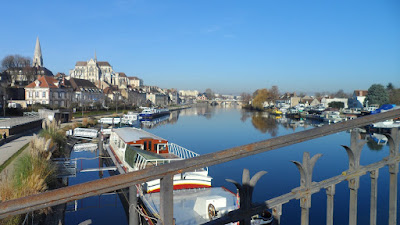 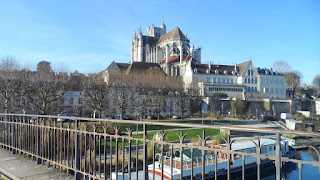 AUXERRE is pronounced "aussaire" and is renowned in France for its football team. I thought I'd explore it  for a while. Climbing up the steep and narrow medieval streets I arrived in front of a side door to the huge cathedral, named St Etienne i.e. St Steven in English. Houses are built right up to the walls of the cathedral. You'd think... how rude!... the reason being, I heard, that in medieval times people thought that God himself dwelled inside the church and therefore, if you wanted to be in a "safe" place, it was wise to live as close to it as possible. 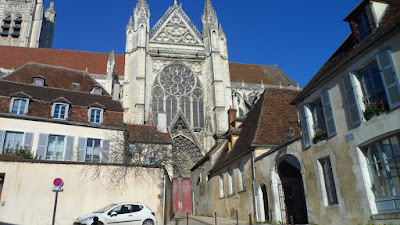 When I arrived at the top there was a small square with parked cars and restaurants, cafeterias, bars, pizzerias, all kinds of eating places. In France the main meal of the day is lunch and shops and offices close down from 12 to 2pm. This square had attracted all the hungry people in the town and so, when I entered a certain "brasserie", the waiter apologized that the place was full... except for one high chair at a bar like table already occupied by two diners. I didn't mind, sat there and ordered a "salade océane", a mixed salad with sea food on it. Quite yummy. And a conversation started between a young woman and myself about... traveling and living overseas! Well, yes, it's my favorite subject and it went well with the "salade océane".

On the way down to my car I bought two bottles of Burgundy wine. My favorite is Bourgogne aligoté. 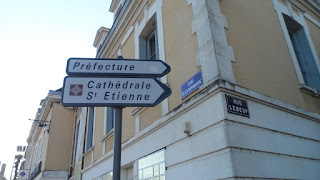 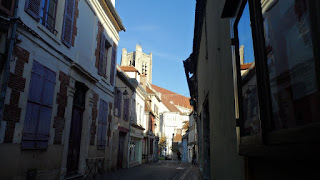 Email ThisBlogThis!Share to TwitterShare to FacebookShare to Pinterest
Labels: my life, travels