First of all I wish to state that I am an impudent grand-mother of 74 years of age. Romantic and sexy perhaps but mostly brash and overbold. Old and aged as well. 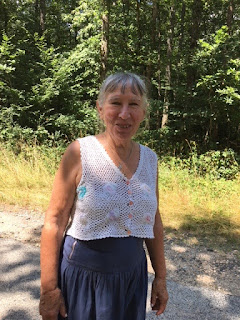 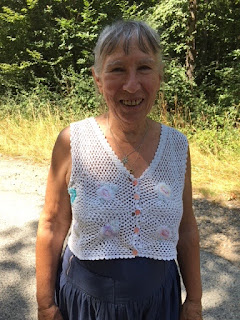 I was recently saying to a friend that as a young married woman in the late 1960s I felt as if the rudder of my life had been taken away from me. Did you ever feel like that? Did you ever feel your were drifting away from what you had planned for yourself in your teens? I guess it did not apply to women of the generation before mine. A young woman’s aspirations had to be to get married, be a good housewife and a good mother for ever and ever.

As for me as a “inmate” in a boarding school I had been a map gazer dreaming of striding across the whole world. I compiled a small handwritten little book for my parents where I stated my plans for my own future. I was going to join the parachutist nurses of the red cross and travel right around the globe (…the world was not flat in those days :-)) They did not bother commenting. I was serious though. Many pen friends were corresponding with me and expecting me to turn up at their door step one day.

I arrived in Haifa, Israel, when I was 19. After one whole year there, in Eilat as a cleaning lady but mostly as a helper in a kibbutz in Galilee, one Australian fellow met me. It was not my plan to find myself a husband at all. My first boyfriend was a colleague from work in the fields of gladiolas. He had introduced me to his Arab family, they approved of me and were very friendly. But it was definitely not my plan to get myself a husband. Starting a relationship with Brian helped me out of a future as a married woman in Israel. Yes but…

I wish to convey here the effort I had to make to stop being drawn into this kind of regular situation for a young woman, namely getting married. No, my plan was to travel further and see the world. My next destination was Australia and as I could not leave Israel by land, I decided to travel to London and find a way by sea. Fearless I was and full of grand ideas. Brian was a nice guy. I believe he actually fell in love with me there in the kibbutz. It was not reciprocate. I got used to it, I became involved in a relationship by default. We went to Eilat and I left him there, took a boat to Athens and hitch-hiked to London. He came to London a few weeks later and we lived together in Shepherds Bush. A few months later we travelled to Belgium to my aunt’s. My mother heard of it and came to Belgium to meet us. She offered Brian his dream, namely a year at the Hebrew university in Jerusalem, if we were getting married. On the way back from Brussels to London we argued about the offer. I was not keen at all 1. on getting married 2. on returning to Israel. But we eventually did both. Caught.

In May 1966 in full depression I left Brian and returned to France to my parents. He came to be with me again a month later and my parents paid for our trip from Genoa to Perth on a migrants liner. We hitch-hiked all around the south coast of Australia, from Perth to Adelaide, Melbourne, Canberra and Sydney, visiting family and friends of Brian’s. In Melbourne I even met up with my pen friend of old. But somehow there was no more adventure, I was married and in such case people are not really interested in what you are doing since the important person is the husband. For Brian having wed a French girl was a feat. They congratulated him. Except of course when we arrived at his folks in Queensland. I overheard a couple of times why on earth did he get married with that French girl and not with a good Irish catholic woman. Life in a suburb in Brisbane was a shock to me. I would have escaped. Nearly did. Sailed away with a family of French yachties but got stranded with the boat crushed on an island between Brisbane and Sydney. Brian came to pick me up. We eventually ended up in Canberra in February 1967 where I led a very ordinary married life with a 9 to 5 job in an office, living in a suburban house with a lawn mower. We eventually got a car as well, a French car, but not a dog! I did not want to have kids. The rudder of my life had been taken away from me.

Email ThisBlogThis!Share to TwitterShare to FacebookShare to Pinterest
Labels: my life